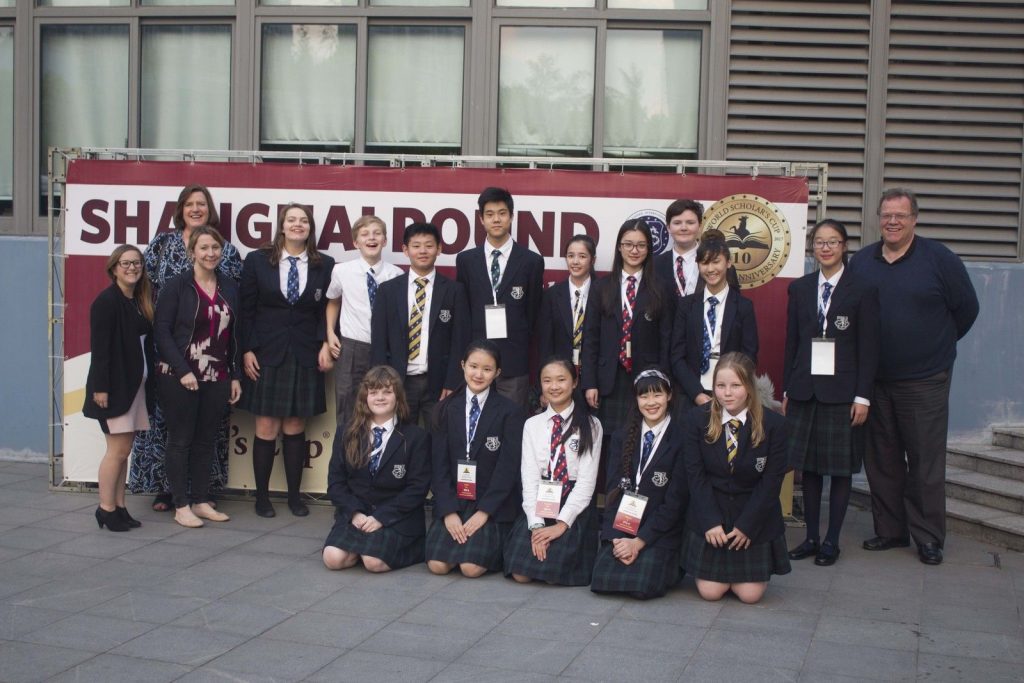 In April fifteen of Harrow Shanghai’s Prep and Senior School students took part in the Shanghai round of the World Scholar’s Cup (WSC), an event which took place over two full days. This is a global competition, now celebrating its 10th anniversary, which involves thousands of students from around the globe. Only three of our pupils had ever done it before and most of our teams were young or very young for their designated age groups. Added to this, the Shanghai round is one of the highest-scoring and most competitive in the WSC worldwide calendar.

The students were all wonderful ambassadors for Harrow. Over the weekend, they worked their way through a series of debates with some really tough motions such as ‘Is the idea of China a myth?’ They also faced a collaborative writing challenge and the Scholar’s Bowl and Scholar’s Challenge, both multiple choice rounds testing knowledge on a range of general knowledge and specialist subjects.

At the Scholar’s talent show, Emmer Wang (Year 9) performed a wonderful dance routine. On the Sunday afternoon, Sophie Cook (Year 10) was selected to perform in the Scholar’s Showcase debate. As its name suggests, it showcases some of the best debating talent as selected by the judges.   Sophie gave an impressive performance as last speaker for the motion ‘China’s success has been mainly due to luck’. The afternoon finished with an awards ceremony at which Harrow did really well, especially in the debating, despite their relative youth and inexperience. The result was not just a lot of medals, every pupil won at least one, with Ben Cook carrying off eight, but all our teams qualified for the Global Rounds, with a choice in venue of Athens, Cape Town or Hanoi, with the chance of entry into the coveted Tournament of Champions at Yale. All that after just two terms. Further details can be found at http://www.scholarscup.org/